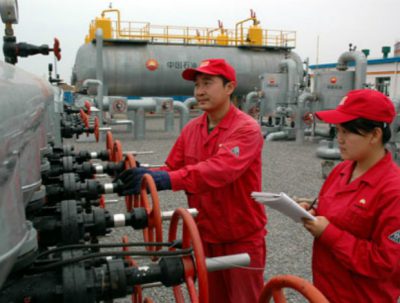 CNPC’s Changqing on track for target

BEIJING, July 26, 2016 – China National Petroleum Corporation (CNPC) on Tuesday said production from its Changqing oilfield was on track to meeting its 2016 targeted average of some 1 million boepd. The first information regarding CNPC’s first half results also trickled in on Tuesday.

Speaking to Bloomberg on the condition of anonymity, a spokesperson in Beijing said the company recorded a profit of USD 4.13 billion in the first six months of 2016, up from around USD 3.72 billion over the first half of 2015.

CNPC reached some 1.06 million boepd in average from Changqing, the country’s largest field, in the six months ending June 30, the equivalent of 473,630 barrels of crude oil and 18.52 bcm (654 bcf). Earlier this month, China’s National Bureau of Statistics said first-half domestic oil output had fallen to its lowest level in four years – 4.09 million bopd.