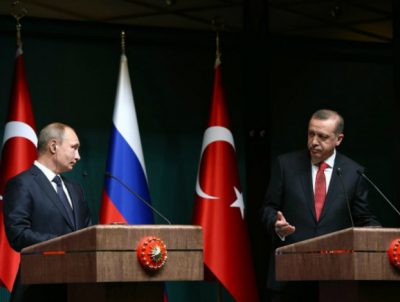 Speaking to reporters in Moscow, Sentyurin said a Turkish delegation had held in talks with their Russian counterparts on rekindling economic relations, which included the Turkish Stream. The delegations were headed by Deputy Prime Minister Arkady Dvorkovich and his counterpart Mehmet Simsek, responsible for Turkey’s macroeconomic policies. While Simsek said the meeting was “very productive” in a post on Twitter, no decisions were made public.

The Turkish Stream project was halted in December 2015 after the downing of a Russian plane by Turkey the month before. In late June, President Recep Tayyip Erdogan sent a letter to his Russian counterpart, Vladimir Putin, expressing his “regret and sorrow” over the incident, which led to a thaw in relations between Turkey and Russia.