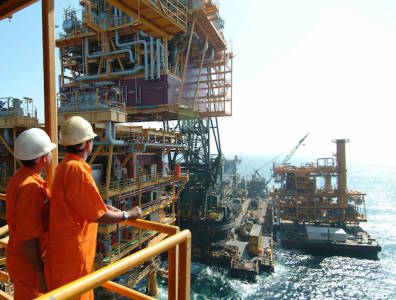 Consolidation in India on the cards

NEW DELHI, July 25, 2016 – The Indian government is reportedly evaluating a plan to merge 13 state oil companies to create a hydrocarbons behemoth, local media reported on Monday, reviving an 11-year-old proposal to that end.

According to reports, the country’s main oil producer, ONGC, is the principle candidate for a merger, along with Indian Oil Corporation (IOC), Bharat Petroleum Corporation and Hindustan Petroleum Corporation. Late last week, an ONGC executive already said that company should consider a merger with a refining corporation in order ride out the current oil price storm, labelling the aforementioned companies as examples of entities to merge with.

Indian media on Monday also said GAIL, Mangalore Refinery and petrochemicals, Oil India, Numaligarh Refinery and Chennai Petroleum were included in the pack of the 13 state entities considered for the plan. The latter might be incorporated into IOC.

In comments on the matter over the weekend, Minister of State for Petroleum and Natural Gas Dharmendra Pradhan said he would support the move. “When the next expansion happens, CPCL should be within the umbrella of IOCL. E&P firms and marketing companies should come under one umbrella and we should create a mega-project. I am for CPCL’s merger with IOCL.”

IOC is also working to acquire the 50% stake owned by Gujarat State Petroleum Corporation in the 5-million-tonnes-per-year LNG terminal currently under construction in Gujarat. Sources familiar with the deal said IOC would take at least half of the shareholding, and that it had requested the state government hold on to the other 25%. Integrated infrastructure company Adani Group also holds 25% in the venture. The remaining 25% is to be put up for bid.

IOC’s other LNG venture, the import terminal at Kamarajar, is slated for completion in March 2018, media reports on Sunday said. Pradhan, upon a visit to the site, said the project would help Chennai state “in terms of employment generation and better availability of this clean fuel [LNG].” Work on the site first began in November 2015.