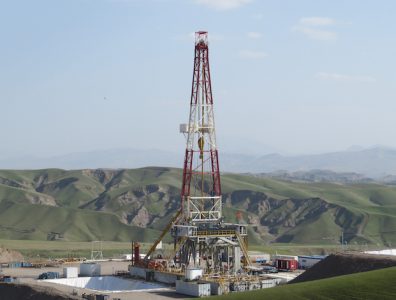 ERBIL, July 6, 2015 – Dana Gas says it has won a favourable ruling from a tribunal deciding on its contractual oil and gas rights at two fields in the Kurdistan Region of Iraq.

The UAE company leads a consortium that brought a legal dispute with the Kurdistan Regional Government (KRG) to the London Court of International Arbitration in October 2013.

The consortium has been in a dispute with the KRG over 25-year rights to produce gas from the Khor Mor and Chemchemal fields.

Dana released a statement on Sunday saying that the London court handed down a “partial final award ruling confirming beyond any doubt the consortium’s contractual rights.”

The KRG’s Ministry of Natural Resources took issue with the company’s statement, calling it “highly misleading to the market” and saying it created an impression that is “both inaccurate and incomplete.”

The ministry said only a limited number of issues had been addressed by the court, and no ruling on payments had been made.

The dispute over exploitation rights has prevented development at the fields since 2009.