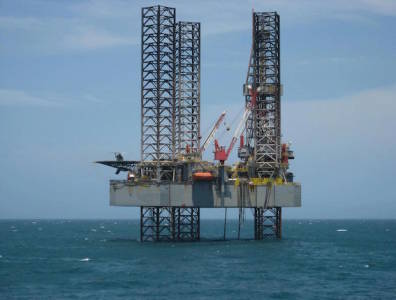 CARACAS, July 6, 2015 – Eni has started production from the giant Perla gasfield in the Gulf of Venezuela.

Perla is located in the Cardón IV block, operated by a 50/50 joint venture of Eni and Spain’s Repsol. The field is estimated to contain 481 bcm (17 tcf) of gas.

The field is in its first phase of development, in which the target production plateau is 12.7 mcm (450 mcf) per day of gas. This is expected to be reached by the end of 2015.

The field was discovered in 2009 and remains South America’s largest offshore gas find. It lies about 50 kilometres offshore Venezuela.

With development underway, Eni and Repsol’s stakes in the block will drop to 32.5 percent each, while state company Petróleos de Venezuela will take 35 percent.

The Cardón IV venture has a gas sales agreement with Petróleos de Venezuela lasting to 2036. The gas will mainly be directed to Venezuela’s domestic market.