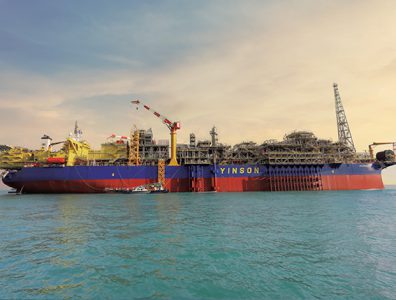 ACCRA, July 8, 2021 – Eni has made what it termed a “significant” oil find at the Eban-1x well offshore Ghana, close it its Sankofa oilfield.

The well is the second to be drilled at Eni’s operated Cape Three Points Block 4 licence, following the May 2019 Akoma find. The two finds together have estimated in-place reserves of 500 million-700 million boe, the company said on Tuesday.

Eni said the development could be fast-tracked via a tie-back to the Sankofa production hub, where the John Agyekum Kufuor FPSO is located.

“The production testing data show a well deliverability potential estimated at 5,000 bpd, similar to the wells already in production from Sankofa field,” the company said.

The Sankofa project has been under a unitisation order from the Ghanaian government since April 2020, requiring it to be merged with Springfield‘s Afina project.

In late June, a court in Accra ruled in favour of Springfield’s bid to freeze 30% of Eni and Vitol’s revenues from Sankofa oil sales until an agreement is reached over combining the projects.