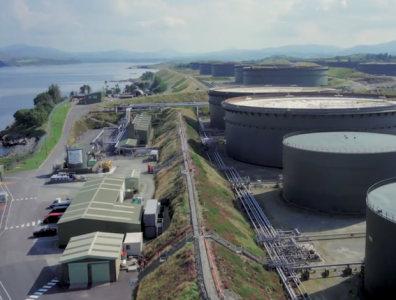 The project, unveiled on Tuesday, includes a 2.7-GW green hydrogen facility in its first phase, with a second phase adding a 500-MW green ammonia plant.

The wind-powered facility – one of the largest of its kind in the world – will be built adjacent to Zenith’s Bantry Bay oil and products terminal on the country’s south coast in County Cork. The location will benefit from proximity to existing wind farms.

Zenith and EI-H2 are planning a year-long feasibility study prior to seeking planning permission and expect the project to come on line in 2028.

The project could reduce Ireland’s carbon emissions by 2.4 million tonnes per year – equal to the emissions of a quarter of Irish homes, the developers said. It also has the potential for exports.

“Ireland needs to think big to realise its green potential, and this project is of the scale required to develop this new industry,” Pearse Flynn, founder of EI-H2, said.