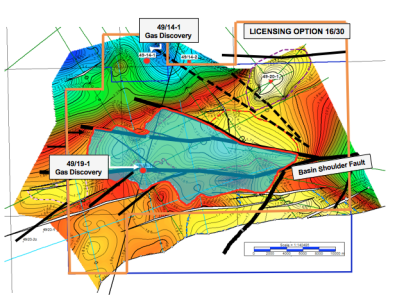 First awarded in November 2016, Predator predicted that the Celtic Sea play may yield as much as 28.2 bcm (1 tcf) of gas over 11 years.

“We are extremely grateful for the award of the extension to LO 16/30,” Predator chief executive Paul Griffiths said. “We consider the 49/19-1 gas discovery to potentially represent the largest undeveloped gas discovery offshore Ireland. It is located in the shallow water of the Celtic Sea, where there has been a long history of commercial gas production that facilitated the development of the gas industry and network in Ireland and County Cork in particular.”

Oil prices rise as Libya, growth forecast in focus
Next