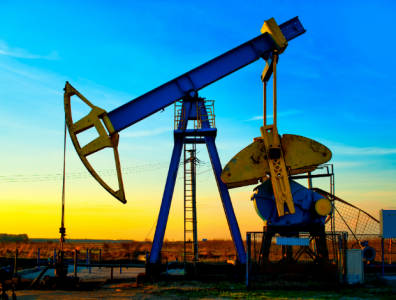 International Brent Oil Futures inched up 0.1% to $70.79. Brent and WTI crude oil futures have risen by around 40% and 30% respectively since the start of the year.

In Libya, forces loyal to renegade general Khalifa Haftar continued their advance on the capital, striking Tripoli’s only working airport and ignoring international calls for a truce. Haftar’s forces are already in control of oil fields that produce half or more of Libya’s total output of about 1.1 million barrels of crude a day.

Any disruption in Libyan oil volumes will further squeeze a global crude market already in panic mode from US sanctions against Iran and Venezuela.

In addition to concerns over the ongoing conflict in Libya, John Driscoll, chief strategist at JTD Energy Services, told CNBC in an interview that Venezuela and Iran are other potential sources of risks for the oil markets.

For Venezuela, he said: “Things are terrible there, oil output is plummeting, then you’ve got this wave of electrical outages that have halved their exports.”

“Libya has come back into play, Iran, Venezuela, it’s all getting stronger,” he said.

On the demand side, concerns that an economic slowdown will soon hit fuel consumption intensified after the International Monetary Fund (IMF) downgraded its outlook for global economic growth for 2019 to 3.3% from the previous 3.5%.

In other news, US crude stocks rose by 4.1 million barrels in the week to April 5, to 455.8 million barrels, data from industry group the American Petroleum Institute showed on Tuesday.