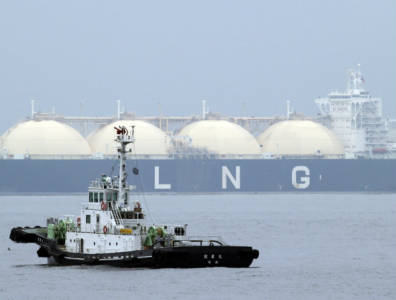 SHANNON, June 24, 2021 – A US company hoping to build an LNG terminal on Ireland’s west coast despite doubts over the country’s future demand for natural gas has said the facility could transition to using hydrogen.

Energy infrastructure player New Fortress Energy has submitted a proposal to build the EUR 650-million terminal at Shannon, in County Kerry. It has a planned capacity of 5 bcm (176.6 bcf) per year – equal to Ireland’s current gas demand.

The company has also proposed an adjacent 600-MW power plant, as well as a data centre campus that could benefit from the cooling generated in LNG regasification.

Ireland currently has no LNG infrastructure, but the UK’s Predator Oil and Gas is developing an FLNG import terminal project off the coast of County Cork, with first deliveries expected in 2024.

In 2020, Ireland pledged to reach net-zero carbon emissions by 2050. The newly formed government also adopted a position against importing shale gas. Both moves cast doubt over the Shannon project.

However, in April New Fortress CEO Wes Edens expressed optimism that the project would move forward, with hopes it could come on line as early as the second half of 2022.