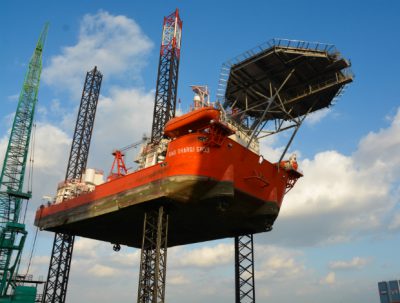 The two companies will fully own the concession for blocks Offshore 1 and Offshore 2, comprising a single asset according to Bloomberg, and invest USD 230 million into the exploration programme. Eni will operate the exploration licences with 70%, while PTTEP will hold 30%. At the production stage, nevertheless, ADNOC will be able to retain a 60% stake in the asset.

Eni CEO Claudio Descalzi told Bloomberg that infrastructure at an adjacent licence the company won last year will allow gas produced at the new asset to be transported to market within two years. Descalzi also said Eni may spend as much as USD 2 billion developing production at the licence.

At a conference on Saturday, ADNOC CEO Sultan Ahmed Al Jaber commented on the deal, saying, “We are engaging with partners who actually put skin in the game.”

The blocks were awarded as part of Abu Dhabi’s first-ever competitive bid round, which was launched in April last year. Earlier this month, an official said all of the blocks involved would be awarded by March.

In a related development in the UAE, Eni announced in a statement on Sunday that it had won three onshore exploration blocks in the emirate of Sharjah in partnership with Sharjah National Oil Corporation.