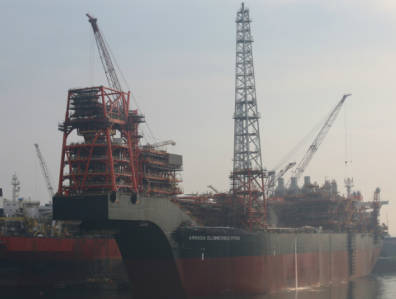 The discovery was made in deepwater Block 15/06 through the Ndungu-1 NFW well, drilled to a total depth of 4,050 metres by the Poseidon drillship. The well could produce more than 10,000 bopd.

“Being located about 2 kilometres from the Mpungi field, the new discovery can be fast-tracked to production due to the proximity to the subsea production system,” the statement said. “Production will be routed to the N’goma FPSO, therefore extending the West Hub’s production plateau.”

Ndungu follows Eni’s major Agogo discovery at the block in March and is the fourth commercial find in the asset since mid-2018.