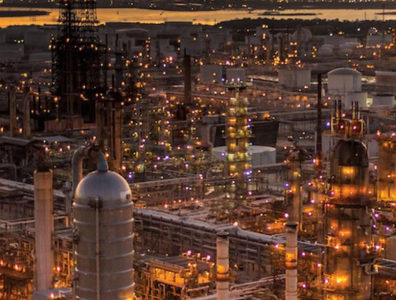 HOUSTON, March 7, 2017 – ExxonMobil will spend USD 20 billion over the next 10 years expanding its refining and petrochemicals manufacturing capacities in the US Gulf Coast Region.

Company CEO Darren Woods made the announcement to visitors at the CERAWeek conference in Houston on Monday.

According to Woods and an accompanying press release on the company’s website, ExxonMobil will upgrade or build new facilities at 11 sites in Texas and Louisiana.

These chemical, refining, lubricant and LNG projects are a part of the company’s “Growing the Gulf” expansion programme. Woods noted the projects have the potential to add more than 45,000 direct jobs in the region.

ExxonMobil is taking advantage of growing oil and gas production in the USA. Last week the company announced would spend USD 5.5 billion, about a quarter of its global 2017 capex budget, on unconventional plays in the Permian and Bakken. In doing so, it expects to increase annual production from those areas by as much as 20% per year until 2025.

Woods cited this growing source of raw materials as guidance for the company’s decision to expand USA-based manufacturing capabilities.

“We are using new, abundant domestic energy supplies to provide products to the world at a competitive advantage resulting from lower costs and abundant raw materials,” Woods said. “In this way, an upstream technology breakthrough has led to a downstream manufacturing renaissance.”

The significant domestic investment by one the USA’s largest companies caught the eye of the White House, which is keen on boosting US exports. President Donald Trump expressed his approval of the plan.

“This is exactly the kind of investment, economic development and job creation that will help put Americans back to work,” the president commented. “Many of the products that will be manufactured here in the United States by American workers will be exported to other countries, improving our balance of trade. This is a true American success story.”