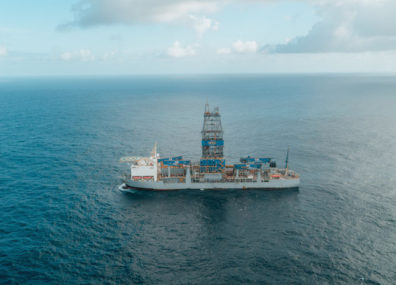 GEORGETOWN, February 7, 2019 – ExxonMobil has made two more hydrocarbons finds at its Stabroek block, bringing its total number of discoveries offshore Guyana to 12, the super-major said in a press release on Wednesday.

The Haimara-1 well was drilled to 5,575 metres, reaching a 63-metre reservoir containing gas condensate, while Tilapia-1 in the Turbot area struck 93 metres of oil-bearing reservoir at a depth of 5,726 metres. Both wells were drilled in January.

“We see a lot of development potential in the Turbot area and continue to prioritise exploration of high-potential prospects here,” ExxonMobil Exploration Company president Steve Greenlee said. “We expect this area to progress to a major development hub providing substantial value to Guyana, our partners and ExxonMobil.”

ExxonMobil is now gathering baseline 4D-seismic data, and will move to drill the nearby Yellowtail-1 well and perform a well test at a previous discovery, Longtail.