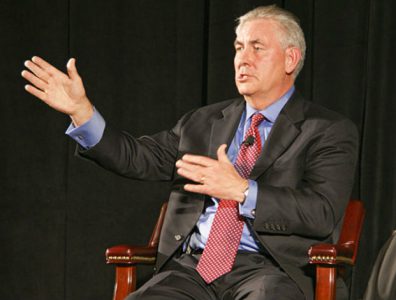 Although the assembly included a record number of shareholders interested in working towards changing policies in light of global warming, eight of the nine resolutions related to climate change were denied.

Rejected proposals included requiring the US super-major to place a climate expert on its board, report on policy impacts related to climate, disclose information related to hydraulic fracturing ventures and work towards keeping global temperatures below 2°Celsius.

The passed proposal, which received 62% of the vote, will allow shareholders to nominate up to a quarter of the directors on the board annually. The proposal could end up placing a climate activist as a member of the board in the future. It is the first motion by shareholders to be passed since 2006.

Chief executive Rex Tillerson said the company supports a tax on carbon content of its petrol. “We have to have some technology breakthroughs, but in the meantime, just saying ‘turn the taps off’ is not acceptable to humanity,” he added.

BP moves to explore Azerbaijan
Next