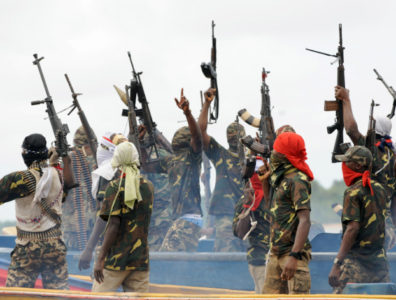 LAGOS, July 2, 2018 – Five security personnel are missing and two were injured in a clash with local residents at Atlas Cove in Nigeria, local media reported Monday.

The security personnel had been contracted to guard Nigerian National Petroleum Corporation pipelines. The attack occurred when the guards returned to the area after a two-week pause intended to ease tensions with locals, Nigerian daily The Guardian reported. A total of 23 were arrested in connection with the attack.

“Within these two weeks that we were not on guard, they have destroyed pipelines worth several millions of money. This is pure economic sabotage,” said Joshua Aminu, the managing director of Topline Security, the company which employs the guards.