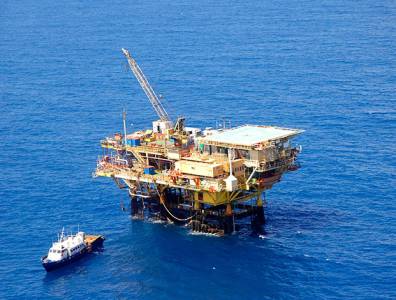 BRASíLIA, April 27, 2015 – Four Petrobras-operated oil platforms off the north coast of Brazil have halted production following a leak of around 7,000 litres of oil was detected at an interconnecting pipeline, a local oil workers union head said on Friday.

The Brazilian National Agency of Petroleum, or ANP, the country’s oil regulator, confirmed the leak in the Camorim field, located 16 kilometres off the coast of Aracaju, and said that the national oil company had contained it.

Production from the PCM-8 and PCM-9 platforms was also stopped. Together, the four platforms produce 400 barrels of oil and 60,000 cubic meters (2.12 mcf) of natural gas per day, according to ANP data. Production was scheduled to resume on Saturday.

Sinopec to drill 24 wells in Algeria