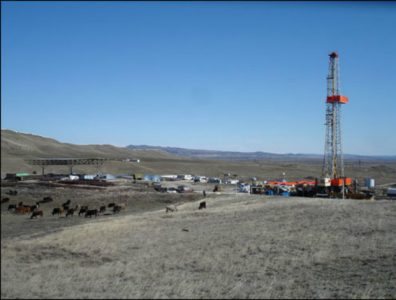 LONDON, April 19, 2018 – Frontera Resources has struck hydrocarbons at the Taribani field in Block 12 onshore Georgia, the company said on Thursday in a statement to the London Stock Exchange.

Well Dino-2 is the second of three wells scheduled for drilling at the field, the release added.

“Drilling and wireline logging data confirmed the presence of 78.8 [metres] of combined pay interval of target Zones 9, 14 and 15,” the company said. “The company confirms that it has observed a number of oil and gas shows during drilling operations.”

Frontera operates the 80-square-kilometre Taribani field, originally discovered in 1933 in the former Soviet republic, with a 100% interest in it. The field is estimated to contain 155 million barrels of oil and 90.6 bcm (3.2 tcf) of gas in recoverable resources.