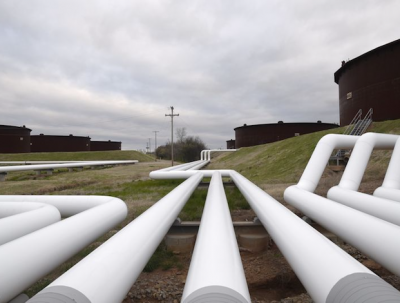 LONDON, April 19, 2018 – Oil prices rose to their highest level in over three years on Thursday as U.S. inventories fell and Saudi Arabia continued to push to extend production curbs.

Prices were supported by data that showed crude stockpiles have declined in the U.S.

The U.S. Energy Information Administration said in its weekly report on Wednesday that crude oil inventories fell by 1.071 million barrels in the week ended April 13. Market analysts’ had expected a crude-stock decline of 500,000 barrels, while the American Petroleum Institute late Tuesday reported a decline of 1.047 million.

The data is welcome news to investors, who had feared a rise in U.S. shale would offset efforts by the the Organization of the Petroleum Exporting Countries’ and Russia to curb production and end a global supply glut.

OPEC has been cutting crude output by 1.8 million barrels per day (bpd) to prop up oil prices. The pact began in January 2017 and is set to expire at the end of 2018.The group meets on Friday and, while its efforts to end a global supply glut have been successful, de-facto leader Saudi Arabia is pushing for the cuts to extend into 2019.

Saudi Arabia officials would like the price of oil to continue rising to $80 or even $100, Reuters reported on Wednesday.