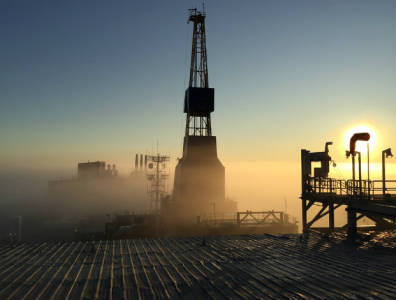 LONDON, April 28, 2016 – Genel Energy is reportedly in talks with Turkish Energy Company (TEC) for investment in the endeavour to develop the Kurdistan Region of Iraq’s gas resources and enable exports to Turkey, sources familiar with the matter told Reuters on late on Wednesday.

Sourced from the Genel-operated Bina Bawi and Miran fields, first gas exports to Turkey are expected by 2020. “[TEC] want to invest in the entire value chain of the project,” a source was quoted by Reuters as saying. The project includes a to-be-build pipeline to Turkey and storage facilities. Genel Energy and the Kurdistan Regional Government aim for 10 bcm (353 bcf) per year as per the binding November 2013 gas sales agreement between Erbil and Ankara.

“Miran and Bina Bawi together form a world-class gas resource that has the potential to transform the Kurdistan Region’s economy and reduce Turkey’s energy costs, and there is a clear wish from both the KRG and Turkish government to progress them to development,” Genel CEO Murat Özgül told TOGY.

Reliant on Russia for 60% of its gas needs, Turkey is scrambling to diversify its supply routes through such projects as the Trans Anatolian Pipeline, which will deliver gas from Azerbaijan, and gas imports from the Kurdistan Region.

TEC investment could help restore investor confidence in Genel, which was hit by a Taq Taq reserves downgrade in February that all but cut its gross recoverable proven and probable reserves in half to 356 million barrels.

Little is known about TEC. Wholly owned by the Petroleum Pipeline Corporation, better known as BOTAS, TEC is also said to include the international arm of Turkish Petroleum. TEC holds interests in the Pulkhana, Arbat, Hindren, Jabal Kand, and Choman blocks.