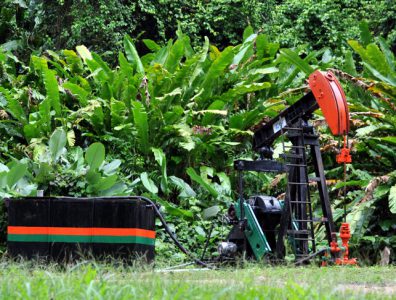 PORT OF SPAIN, October 21, 2014 – The Goudron oilfield in southeastern Trinidad continues to pay dividends for UK-based exploration and production company Leni Gas & Oil (LGO). With commitments to the country’s Ministry of Energy and Energy Affairs to drill a total of 30 development wells continuing into 2015, LGO discovered oil in the sixth well drilled, the GY-669 well, the largest net oil pay amongst the earlier wells drilled at the oilfield, the company announced on Tuesday.

Drilled at a depth of 730 metres, LGO encountered 70 metres of net oil pay, eclipsing June’s GY-665 well, which was recorded at 60 metres. Operations for LGO within Trinidad and Tobago include assets at the Goudron oilfield IPSC, where it holds a 100-percent stake as owner and operator, Moruga North and Cedros Peninsular leases, as well as the Icacos oilfield, of which it holds a 50-percent stake.