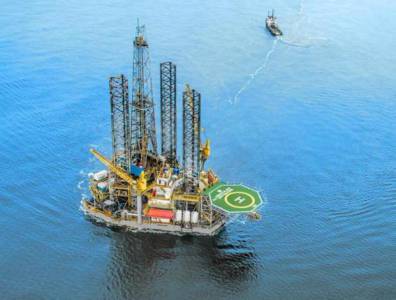 HOUSTON , April 6, 2015 – On Friday, US-headquartered oil services drilling company Hercules Offshore signed a five-year contract with a subsidiary of Eni for use of its Hercules 260 jack-up rig in West Africa.

The day rate for the contract will see the company receive $75,000 per day from the operator once the price of Brent crude reaches $86 per barrel. The maximum rate per day will be $125,000 when the price of oil is $125 or more per barrel.

The contract will start in April 2015 and is expected to end in April 2020. The cost of contract specific upgrades will be reimbursed by the operator.

The Hercules 260 jack-up rig, which has the capacity to drill to a depth of 6,096 metres, was constructed by US manufacturer Marathon Letourneau in the late 1970s. The unit received an upgrade in 2008.

In addition to the jack-up rig, Hercules Offshore has two more units – Hercules 260 and Hercules Resilience – located in Africa.

As of April 2015, the company’s fleet includes 33 jack-up rigs and 24 lifeboat vessels.