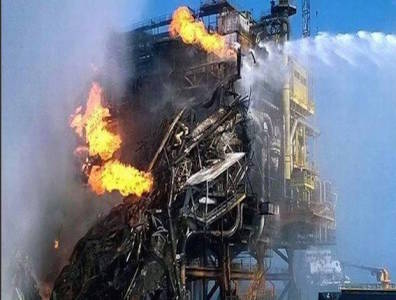 MEXICO CITY, April 6, 2015 – Mexican state oil company Pemex said on Sunday that it expects to meet production goals of 646,000 barrels of oil per day (bopd) in the region where its Abkatun Permanente platform exploded last week. A fire began at 3.40 am local time last Wednesday, killing four people and injuring 45 others. Pemex continues to search for three missing people as it begins to restore production at the damaged facility.

“The search is ongoing, and so is the support of the Mexican navy. We won’t stop until we’ve found them,” said Pemex director of exploration and production Gustavo Hernandez in a televised conference in Ciudad del Carmen.

Today the company hopes to begin processing 170,000 bopd and restore 80 percent of its 220,000-bopd pre-incident output later this week.

“The original 2015 production target for the Southeast Marine Region of 646,000 bopd of oil will be met,” said Pemex in a document released yesterday.

For more news and features from Mexico, click here.