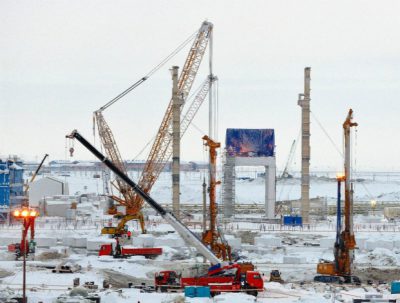 NEW DELHI, June 23, 2016 – The Indian government is considering to invest in Russia’s Yamal LNG project, Indian Minister of State for Petroleum and Natural Gas Dharmendra Pradhan said on Thursday, adding that it was also considering acquiring a stake in Rosneft.

“We are planning to invest in the Yamal project and see whether we can get equity natural gas,” Pradhan said upon his return from a visit to Russia. Seventy percent complete as of June, the Yamal LNG project is on track for first cargoes by 2017. The venture is headed by Novatek on a 50.1% stake. Other stakeholders are Total and China National Petroleum Corporation with 20% each, as well as China’s Silk Road Fund with 9.9%.

India’s interest in the Russian project, which will target 16.5 million tonnes of LNG per year, comes shortly after an agreement reached by Indian Oil Corporation, Oil Corporation and Bharat PetroResources with Rosneft on the acquisition of a 23.9% stake in Russia’s second-largest field, East Siberia’s Vankor field. India’s ONGC Videsh already held a 15% stake in the field.

Pradhan’s remarks on Rosneft confirm earlier reports that India was considering acquiring the Russian government’s stake in the company, or part thereof. “Our companies are looking into the offer. They are mulling if they can take some of that equity. They are looking into it,” the minister said. Unnamed sources told Bloomberg on Monday that Moscow has a preference for a joint deal with China and India.