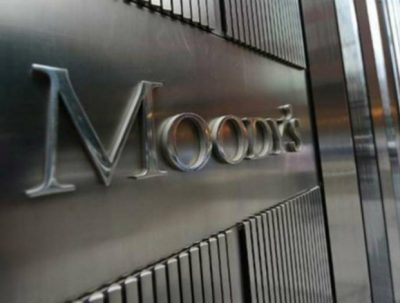 NEW DELHI, February 3, 2017 – Moody’s Investor Service in a report on Friday said that India’s new budget plan for financial year 2017/18 (April-March) will be positive for business.

The summary said that the new plan will benefit both industrial and social growth by halving income tax rates for low-income households and lowering the tax rate for both small and medium-sized enterprises (SMEs) and micro companies with annual turnover of up to USD 7.42 million (INR 500 million) from 30% to 25%.

India also plans to increase spending on public infrastructure and put USD 3.7 billion (INR 250 billion) towards fuel subsidies. “This is credit positive for state-owned oil and gas companies as it implies that the government will not ask them to share the burden,” the report said.

The federal budget will also cut LNG import tax on LNG from 5% to 2.5% in order to boost use of the cleaner fossil fuel.

However, the report warns that government debt could continue to grow, possibly outside the range set by the current financial plan. India’s deficit has risen to 3% of the country’s GDP from 2% in 2011/12.

“Uncertainty surrounding the final impact of demonetisation and the pending goods and services tax (GST) on state revenues, combined with increases in total expenditure for government employees, point to a risk of fiscal slippage,” Moody’s said.

Moody’s also remained in support of the plan to merge major NOCs in India’s oil and gas industry. Dharmendra Pradhan, India’s minister of state, petroleum and natural gas, said that the government was not looking to merge all public sector undertakings in the oil and gas industry, but to create many integrated state-run firms that will have better risk-management capabilities and be more competitive on the global market.

The consolidated companies would also help government-run entities remain competitive in the domestic market as India attempts to bring in foreign investment into the country to boost its energy market due to a massive rise in demand. Companies such as BP, Saudi Aramco, Rosneft and Trafigura have all recently made plays into India’s burgeoning energy market.

“If a public sector company is involved only in upstream activity, it suffers badly during a period of low oil prices. If a company is only in refining, margins are hit during a period of high oil prices. But if we can merge some of those companies to create integrated ones which can get involved in the entire chain – upstream, midstream and downstream – they can do cross hand-holding better. That will give them the edge,” Pradhan said in an interview with S&P Global Platts on Thursday.

Pradhan said that the mergers would likely be finalised by the end of financial year 2017/18, but gave no indication as to which companies would be involved.

In other talks following the budget announcement yesterday, Minister of Sate with Independent Charge for Power, Coal, New and Renewable Energy and Mines Piyush Goyal said the budget confirmed a target of new renewable structures with a capacity of 20 GW in the next year.