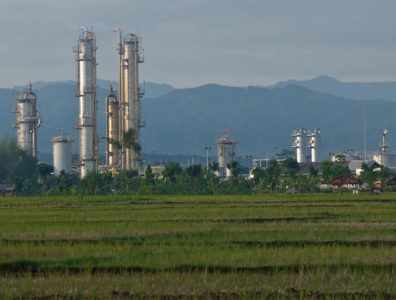 JAKARTA, September 29, 2015 – Indonesia’s Trans Pacific Petrochemicals Indotama plant, once it comes back on line after October 8, will cut fuel imports by a projected 80,000-100,000 barrels of oil equivalent per day, Reuters reported on Monday.

Pertamina CEO Dwi Soetjipt, talking to reporters at a Monday press conference, anticipated that the refinery would reduce Indonesia’s spending on fuel imports by around $10 million per day, which represents about a seventh of the country’s import fuel spending.

The refinery was shut down earlier this year on graft allegations in a case that cost the state an estimated $156 million.

Indonesia also announced its intent to rejoin OPEC after breaking from the organization in 2009, prompted by slowing production in maturing fields with a growth in energy demands which saw domestic crude oil imports surpass exports. Re-opening the refinery is seen as a step towards making the country less dependent on foreign imports.

Russia and Ukraine reach supply accord
Next