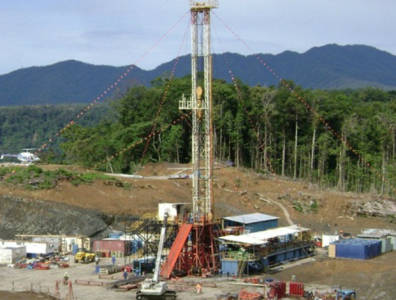 Work at Wahoo-1, which forms part of petroleum prospecting licence 474, was stopped in July 2014 due to high pressures from the reservoir.

“The Wahoo-1 side-track is a significant step-out from existing gasfields and will test whether the successful trends identified around petroleum retention licence 15 extend 170 kilometres to the southeast of Elk-Antelope [gasfield],” the company stated in a press release.

InterOil operates the well with a 78.1-percent stake, with the remainder held by minority interests.

The company, along with partner Total, is set to begin front-end engineering and design for the Elk-Antelope LNG project, with a plan expected in mid-2015. InterOil chairman Chris Finlayson said the project would likely comprise a two-train design. The first gas is due to arrive “early in the next decade.”

China faces gas oversupply through 2017
Next