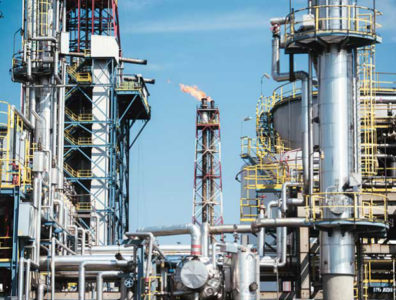 Fired up in late 2015, the Paradip refinery has had issues with its continuous catalytic reformer (CCR) unit. Compressor problems have necessitated the exports of naptha as opposed to converting it into petrol, and the CCR unit has only been operational for a week since March 2016.

“The [Paradip] refinery is designed not to make naphtha but we have problems with one of the units. We do not want to export naphtha. It is heavy losses for us … We want to convert naphtha into gasoline and petrochemicals,” refineries division executive director Sanjiv Singh said on Thursday. He added that the problems with the compressor should be resolved come October. Clearing the naptha stocks, however, might take an additional few weeks.

In related news, IOC subsidiary Chennai Petroleum Corporation is mulling to add refining capacity in the Nagapattinam District of Tamil Nadu in an effort to keep up with regional demand. “Action has already been initiated to explore the possibility for capacity expansion at Cauvery Basin Refinery, where land and other infrastructure are readily available,” Chairman B. Ashok was quoted as saying on Thursday. The project would take four to five years to complete.