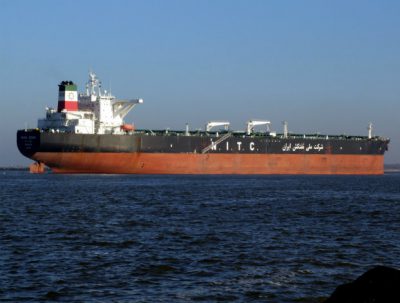 TEHRAN, September 19, 2018 – The threat of US sanctions, to come into effect November 4, has already slashed Iran’s oil exports by about 35% since April, international media reported on Wednesday.

“Iranian oil exports are coming down pretty hard,” Roger Diwan of IHS Markit told Bloomberg in a report praising the US withdrawal from the nuclear accord with Iran in May as a “big win for [US President Donald] Trump.” The report also projected further significant reduction of Iranian crude exports after November.

An escalating war of words between the USA and Iran, as well as Iranian threats to close the Strait of Hormuz – the world’s most important crude shipping channel – have been a major force driving oil prices up in recent months.

The impending US sanctions have also slowed down E&P work in Iran, with French super-major Total announcing in August its withdrawal from the South Pars project.

Earlier in September, Iranian officials announced they would not refund Total’s investments to date until phase 11 of the South Pars project comes on stream. In 2017, Total had pledged an initial investment of USD 1 billion to develop phase 11 of the super-giant gasfield.