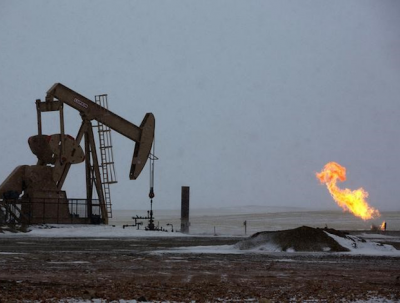 Data from the American Petroleum Institute (API) showed on Tuesday that U.S. crude stocks hiked by 1.2 million barrels to 397.1 million in the week to Sept. 14, opposed to market expectations of a drop of 2.7 million barrels.

Prices of oil have been driven higher in recent months as investors anticipate pressure from U.S. sanctions against Iran. The sanctions, which are expected to go into effect on November 4, have already caused Iran’s crude exports to fall.

Meanwhile the U.S.-Sino trade war escalated after China said it would impose new tariffs on U.S. goods worth $60 billion, effective Sept. 24. The new tariffs are in response to U.S. tariffs on Monday of 10% on $200 billion in Chinese goods, which will go up to 25% at the end of the year.

Donald Trump previously stated that the U.S. would impose tariffs on another $267 billion of additional imports if China retaliates.

Investors were also looking ahead to weekly crude oil inventories from the Energy Information Administration, which are due later in the session.