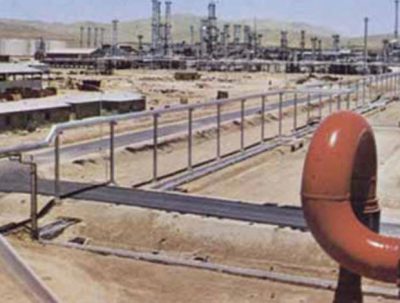 TEHRAN, February 17, 2017 – Iran will aim to raise its refining capacity to 3 million bpd by 2021, Minister of Petroleum Bijan Namdar Zangeneh has said.

Ministry news portal Shana on Friday reported the remarks, which were made on Iranian television on Tuesday.

Two mega-projects, the Persian Gulf Star refinery and the Siraf Refinery Park, will contribute the lion’s share of the increase in capacity from the current level of 1.7 million bpd.

The year 2021 will mark the end of the government’s 6th Five-Year Development Plan.

The Persian Gulf Star refinery is designed to refine 360,000 bpd of South Pars gas condensate to produce oil products. The Iranian government expects to halt petrol imports by next month due to output from the project.

While phase one of the refinery is not yet online, two cargoes of naphtha have recently been shipped from the facility.

The Siraf Refinery Park is a complex of gas condensate refining units under construction in Asaluyeh near the South Pars gas development. The complex will include eight 60,000-bpd units, processing units, utility facilities and associated logistics infrastructure. It will produce naphtha, gas oil, jet fuel and LPG.