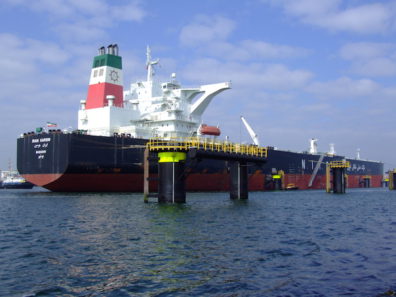 Iran to raise oil production “at any cost”

TEHRAN, August 24, 2015 – Iran has said that it will raise oil production “at any cost,” in a bid to defend its market share. The country has also backed calls for an emergency OPEC meeting to assist in stabilising crude oil prices.

“We will be raising our oil production at any cost and we have no other alternative,” the country’s oil minister Bijan Namdar Zanganeh, was reported as saying by his ministry’s news website Shana. “If Iran’s oil production hike is not done promptly, we will be losing our market share permanently,” he added.

Prior to US-led sanctions banning the purchase, transport, finance and insuring of Iranian crude, which began in July 2012, Iran was OPEC’s second largest producer.

Zanganeh’s statement came during the visit of Philip Hammond, the first British foreign secretary to make the trip to Iran since 2003. Officials from Shell and BP accompanied him as he reopened the UK embassy, four years after it was closed.

For more news and information on Iran, click here.