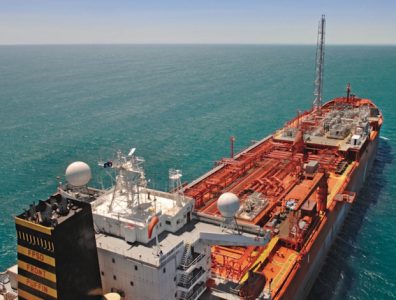 The first contract with global LNG vessel provider GAS-fifteen is for EPC works to convert an LNG gas carrier into a FSRU capable of transporting around 5.5 bcm per year.

Scope of the operation includes EPC of the regasification skid and supporting systems.

The second contract signed with Singapore’s MODEC Offshore Production Systems is for installation and integration of topside modules on the company’s Bacalhou FPSO.

This will involve fabrication of a flare tower and two crane pedestals, the assembly and installation of two deck cranes, as well as completion and commissioning support.

The FPSO can produce 220,000 bopd and inject 530 mcf of associated gas per day. The asset will also have a storage area of 2 million barrels, making it one of the largest FPSO’s in Brazilian waters.

Both dredgers are expected to be delivered by Q4 2022.

TotalEnergies leaves US deepwater play
Next