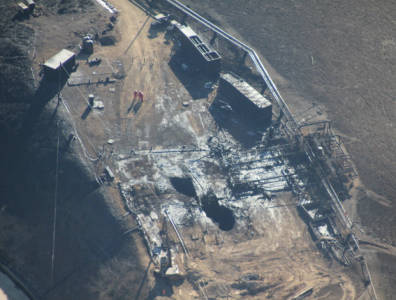 LOS ANGELES, February 12, 2016 – A gas leak north of Los Angeles that has released more than 80,000 tonnes of gas into the air has been plugged, US independent Southern California Gas Company announced Thursday afternoon.

The underground casing of the gas well was pierced through a relief well and injected with a mud-like compound to block the leak. The company now needs to seal the well with cement, which should take several days. A second relief well is being drilled in case something goes wrong with the first.

The Aliso Canyon leak was identified on October 23 and at its peak spilled almost 60 tonnes of methane per hour into the air. Nearly 50,000 residents of Porter Ranch were forced out of their homes due to health risks.

Once the governmental agency California Air Resource Board determines that the leak has stopped, residents will have eight days to return to their homes before the gas company terminates leases on the temporary housing.

So far, the leak has cost the company almost USD 300 million with 67 lawsuits pending. More charges are expected to fall to the gas provider.

Methane is not directly critically dangerous to humans, but the leak could have a considerable impact on global warming.

For more oil and gas features and news in US, click here.