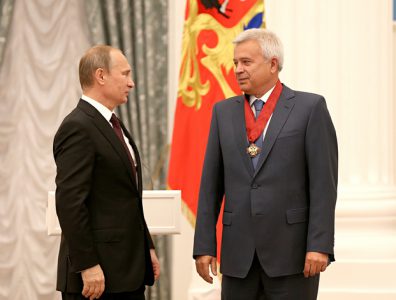 MOSCOW, April 22, 2022 – Lukoil’s president has resigned from his position and the company’s board, the Russian E&P company announced today.

Vagit Alekperov is a former deputy oil minister and has been ranked by Forbes as Russia’s 10th richest man.

Reasons for the decision were not released.

The UK imposed sanctions on Vagit Alekperov and 206 individuals in response to the Russian occupation of Ukraine on April 13, 2022.

Russia’s second largest oil producer has joined other Russian entities in calling for an end to military operations in Ukraine.

Vagit Alekperov had been president and chairman since the company was founded in 1993.

As of the end of March 2022, the billionaire directly owns 3.12% shares in the company in addition to 5.43% shares through family trusts or mutual funds.

Eni to increase gas exports in Republic of Congo