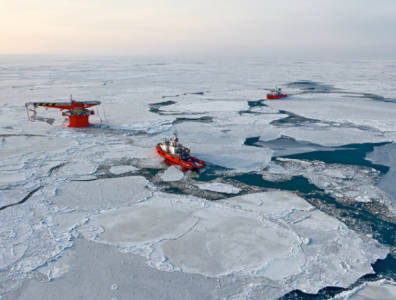 MOSCOW, August 17, 2015 – Russia’s Lukoil has beat out majority state-owned rival Rosneft to win an licence for the East Taimyr oilfield on Russia’s Arctic coast. The publicly held Lukoil, Russia’s second-largest oil and gas company, is reported to have paid RUB1.9 billion ($29 billion) for the lease, an amount 600 times higher than the starting price set out by Ministry of Natural Resources.

The high price Lukoil was willing to pay for the block signals the company’s longer-term strategy to gain access to Russia’s more resource-laden offshore Arctic. Currently, only Rosneft and fellow state-controlled player Gazprom are allowed to hold interests in this area. However, by late 2015 Lukoil expects the Russian government to expand permission, and the holding of nearby East Taimyr to boost the company’s competitive edge for these tenders.