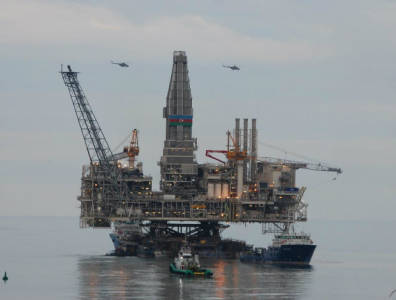 BAKU, August 5, 2015 – Russian oil company Lukoil has received approval for a $500-million syndicated loan from the European Bank for Reconstruction and Development on Tuesday for the second stage of developing Azerbaijan’s largest gasfield, the Shah Deniz field.

The company plans to use this financing to drill 20 subsea wells and build two platforms in the Shah Deniz field. As part of the Shah Deniz phase two project, the field’s subsea infrastructure will be supplemented by expansions of the Sangachal oil terminal and the South Caucasus gas pipeline.

This $500-million loan is half of an overall $1-billion loan from both the European Bank for Reconstruction and Development and the Asian Development Bank, which are both the lead arrangers in financing Lukoil’s plans for the Shah Deniz project. Lukoil has a 10-percent share in the project.

For more news and information on Azerbaijan, click here.