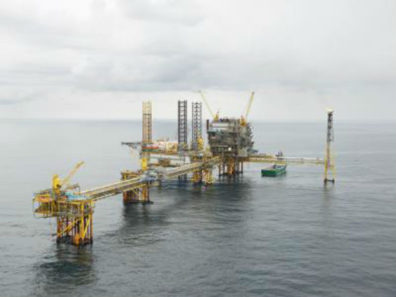 COPENHAGEN, December 30, 2016 – While negotiations with Danish authorities will continue, Maersk Oil confirmed on Friday that it would slowly shut down Denmark’s Tyra gasfield in the North Sea, starting January.

“We have not yet found an economically viable solution for full recovery of the remaining resources in the Tyra field, and safe decommissioning of Tyra will therefore be commenced with the perspective of ceasing production on 1 October 2018,” Maersk’s Chief Operating Officer Martin Rune Pedersen said in a statement.

Tyra’s facilities process some 90% of the country’s gas production, the company press release added, and potential in the Danish North Sea remains strong.

Nevertheless, investments of DKK 1 billion (USD 141 million) over the past 15 years in reinforcing the aging structures had failed to guarantee Tyra’s safety. Maersk noted that “new knowledge on storm wave impact, combined with subsidence of the underground chalk reservoir which reduces the gap between the platforms and the sea” had motivated its decision.

Despite the decision to shut down the field, the firm said it was still in talks with the Danish authorities over possible future investments to rebuild Tyra.

In a statement quoted by Reuters, Danish Minister of Energy and Climate Lars Christian Lilleholt appeared to leave some doubt over whether Maersk’s decision was final.

“The discussions between the government and Maersk are still ongoing, and we hope to reach a final settlement in the beginning of next year,” Lilleholt said.