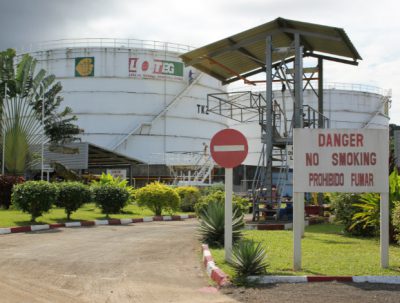 MALABO, September 10, 2018 – The Equatoguinean government could ask service contracts to be cancelled at the end of the month and ban companies not in compliance with local content requirements, international media reported over the weekend.

“Schlumberger, FMC and Subsea 7 are really in the last stage of being asked by the ministry for the operators to cancel their contracts and tender new ones for new companies to do the work, especially because they are not complying with local content,” an anonymous official from the Ministry of Mines and Hydrocarbons (MMH) told Reuters.

In July, the MMH ordered oil and gas companies to terminate their contracts with Canada’s CHC Helicopters within 60 days, due to the company’s failure to comply with local content regulations.

“The ministry is aggressively looking at the second phase, with three additional companies that will have the same fate if they don’t get their act together in one month, by the end of September,” Reuters’ source said.