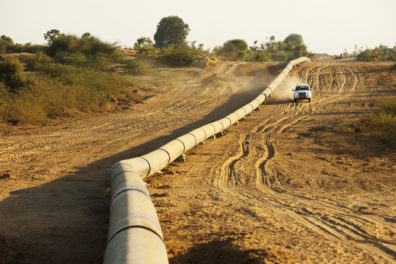 NEW DELHI, September 3, 2014 – Last week, an Indian government official said that the Jagdishpur to Haldia gas pipeline will be operational by 2016.

The 2,050 kilometres gas pipeline project would extend GAIL’s existing pipeline and bring cleaner and cheaper fuel to the Uttar Pradesh, Bihar, Jharkhand and West Bengal states. It will consist of a 922-kilometre main line and 1,128 kilometres of spur and feeder lines.

The pipeline’s gas supplies will also revive several fertiliser plants in the cities of Gorakhpur, Barauni, Sindri and Durgapur, providing them with a cheaper feed than naphtha. The Barauni and Haldia’s refineries will also benefit from additional supply of natural gas.