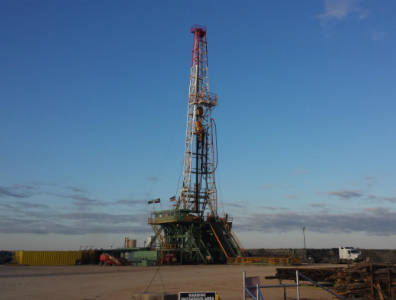 HOUSTON, July 23, 2015 – Two North American onshore drilling rig operators released positive outlooks on Thursday, despite both companies posting net losses for the second quarter of 2015. While low oil prices plague the profit margins of many energy-related companies, Patterson-UTI and Precision Drilling are positioning themselves to emerge learner and meaner from the North American slowdown.

Patterson-UTI reported a net loss of $19 million in the second quarter, down from a profit of $54.3 million the previous year. However, the Texas-based company sees its rig count in the US stabilising at around 110 going forward, and expects its Canada rig count to go up by three over the summer period. Once the market picks back up, Patterson-UTI looks forward to better margins, aided by aggressive cost-cutting programmes implemented in recent quarters.

Precision Drilling’s revenue fell 30 percent year-on-year in the second quarter of 2015 to $257 million. However, the Calgary-based company expects demand to increase for its fleet of high-tech rigs. Offering faster and more efficient drilling, Precision is banking to attract upstream companies looking to trim budgets. Precision has also trimmed its own budget, laying off 2,200 employees between the end of 2014 and April 2015.