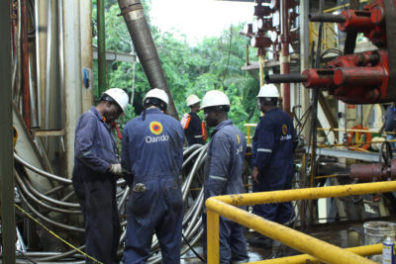 The company reported 9% higher turnover, 108% greater gross profit and a 145% rise in profit after tax.

“Our Q1 performance was characterised by a stable operating environment, continued incline in crude oil prices and the highest level of compliance by member countries of the OPEC accord,” group chief executive Wale Tinubu said in a statement. “Considering the background of current industry trends, the company is committed to maximising throughput rates to ensure a positive financial performance in the ensuing quarters of 2018.”

Gross profit rose 81%, and profit after tax increased by 405%, the company said, adding that the Greater Lagos IV and Central Horizon Expansion pipelines had been completed.

“This comes in the wake of oil prices on an upward trajectory, an improved operating environment, the exit of a 13-month-long recession and, most importantly, the continued strengthening of our business model through the effective implementation of our strategic initiatives of growth through our dollar-earning upstream portfolio, deleverage through asset divestments and the expansion of our oil export trading business,” Tinubu added.

Marathon to buy Andeavor in $23.3-bln deal
Next