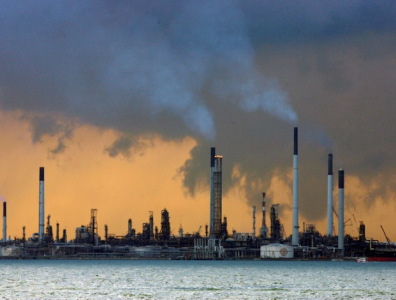 HOUSTON, August 28, 2017 – Oil prices edged lower on Monday, while gasoline futures soared to their highest since July 2015, as energy markets digested the impact of Hurricane Harvey on the U.S. Gulf Coast.

Harvey came ashore over the weekend as the most powerful hurricane to hit Texas in more than 50 years, killing at least two people, causing large-scale flooding, and forcing the closure of Houston port as well as several refineries.

The U.S. National Hurricane Center (NHC) said on Monday that Harvey was moving away from the coast but was expected to linger close to the shore through Tuesday, and that floods would spread from Texas eastward to Louisiana.

About 22%, or 379,000 bpd, of Gulf production was idled due to the storm as of Sunday afternoon, according to the U.S. Bureau of Safety and Environmental Enforcement. There may also be around 300,000 bpd of onshore U.S. production shut in, trading sources said.

Oil had gained around 0.9% on Friday ahead of Harvey making landfall, but prices still notched their fourth-straight weekly loss.

Crude prices have been under pressure in recent weeks as concern over rising U.S. shale output canceled out production cuts by OPEC and non-OPEC members.

So far, the deal has had little impact on global inventory levels due to rising supply from producers not participating in the accord, such as Libya and Nigeria, as well as a relentless increase in U.S. shale output.

Because of soaring U.S. output, the discount of WTI crude to Brent rose to its widest in almost two years at $4.49 per barrel.

U.S. natural gas starts the week on the back foot; Harvey in focus