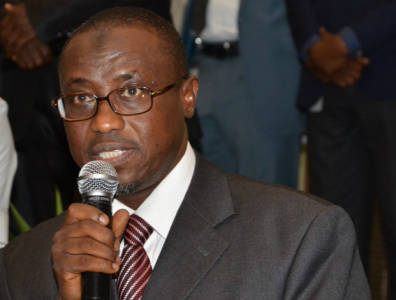 Located in the Lagos Apapa Harbour, the facility is expected to save petroleum product marketers USD 50 million per year by reducing wait times and other costs with improved receipt capacity. The jetty has a draught of 13.5 metres and a flow rate of 800,000 litres per hour, which will eliminate lightering and discharge demurrage costs. The public-private partnership project has a monthly capacity of 240,000 tonnes of petrol, diesel and kerosene. The facility has five berthing dolphins and four mooring points.

“We are set to witness a boost in the delivery of petroleum products to terminals around the Apapa axis and the nation at large. The jetty will effectively complement the efforts and output of existing jetties and invariably increase the number of vessel turnovers,” Nigerian National Petroleum Corporation group managing director Maikanti Baru said at the launch.

OVH chairman Wale Tinubu said the project illustrated the role of public-private partnerships in national infrastructure development. “It is further proof that indigenous companies are capable of delivering ingenious world-class solutions to the challenges facing us as sector players and in turn the nation,” he added.

The project was originally initiated by Oando, which passed it on to OVH Energy, a consortium of Oando, Vitol Group and Helios Investment Partners, following the divestment of Oando Downstream. First Bank led project financing with support from Ecobank, Diamond Bank and Rand Merchant Bank. Reji Roma, Julius Berger, Atlantic Marine and Oilserv participated in the project as contractors and technical partners.