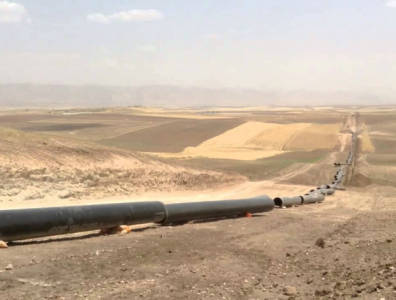 ANKARA, February 29, 2016 – The Turkish Ministry of Energy and Natural Resources on Monday said it had thwarted another attempt at sabotage of the oil export infrastructure from the Kurdistan Region of Iraq transporting crude to the Ceyhan terminal.

According to the ministry, security officials defused an explosive device over the weekend that was intended to further damage the pipelines. If detonated, the bomb would have been the third-such attack in two weeks. Exports to Ceyhan have been halted since February 17. On February 25, a blast damaged the 40-inch and 46-inch pipelines in Turkey’s Idil district. Repair works began on February 27.

While Turkish officials at the Ministry of Energy and Natural Resources say the flow of oil will be restored soon, people familiar pipeline outage last week claimed that it could be until March 11 before the infrastructure is up and running again. The Kurdistan Region of Iraq is suffering from the longest outage in more than two years, with losses estimated at USD 14 million per day.

Pertamina to expand tanker fleet
Next