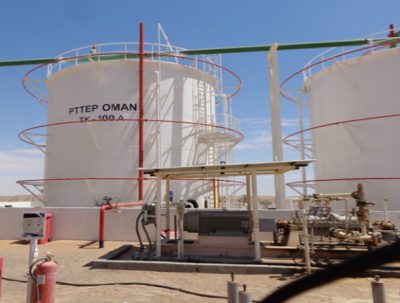 Omani exploration and production company ARA Petroleum will be acquiring the PTTEP unit in a deal that is expected to close in Q4 2016. PTTEP Oman operates the onshore Block 44, where output averages 904 barrels of condensate and 538,000 cubic metres (19 mcf) per day.

PTTEP won’t be abandoning the market altogether. In July, it signed a memorandum of understanding with Oman Oil Company subsidiary Oman Oil Company Exploration and Production (OOCEP) that will see the two entities explore ways to achieve upstream synergies in the market.

In related news, DNO last week said it would be plugging and abandoning the Hayah-1 exploration well in Block 36, as it only resulted in small gas shows. Producing some 5,900 boepd from the Bukha and West Bukha fields, the company aims to re-drill the West Bukha-5 well in December 2016.