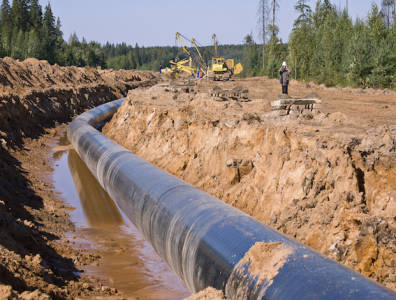 MOSCOW, September 18, 2017 – Rosneft is in talks with officials from the Kurdistan Regional Government to help fund and build a pipeline to export natural gas to Turkey and Europe, TOGY exclusively reported on Sunday.

A formal agreement for the pipeline, whose capacity would be up to 30 bcm (1.06 tcf) per year, is expected by the end of 2017, sources told TOGY.

Reuters later reported that the deal would be valued at more than USD 1 billion.

“The investment in the project will be on under a BOOT arrangement, to be recovered through tariff charges and an agreed rate of return basis,” Rosneft said in a statement released on Monday.

As part of Rosneft’s stepped-up investments in the Kurdistan Region of Iraq, the company is also preparing to sign a separate agreement for the expansion of the export oil pipeline infrastructure of the region, reports added.

In recent months, Rosneft has invested heavily in the Kurdistan Region’s upstream sector, securing five exploration blocks as part of a strong push to expand the company’s international presence.

The news comes a week before a referendum for the independence of the region.