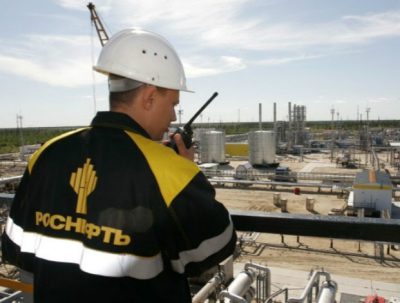 BEIJING, June 27, 2016 – A visit by Russian President Vladimir Putin to China over the weekend has resulted in a number of agreements on oil supply, joint investment and petrochemicals, international media reported on Monday.

On Saturday, Rosneft closed a deal with China National Chemical Corporation that will see the latter take a 40% share in the planned VNHK petrochemicals complex in Russia’s Far East. The two companies additionally signed a one-year oil supply contract that will come into effect on August 1. Rosneft will supply as much as 17.5 million barrels.

Rosneft also set in motion the process of selling a stake in its Verkhnechonskneftegaz subsidiary to Beijing Enterprises Group. Verkhnechonskneftegaz operates the Verkhnechonskoe oil and gas condensate field.
Finally, Rosneft inked a framework agreement with Sinopec on the construction of a gas-processing and petrochemicals facility in East Siberia that could also see the two companies team up for a joint venture entity.

Also on Saturday, Gazprom and China National Petroleum Corporation announced they would work to establish a joint venture for China-based underground storage facilities. As part of a memorandum of understanding, the two companies will assess the feasibility of creating underground reservoirs in Daqing, Jiangsu and Baiju.