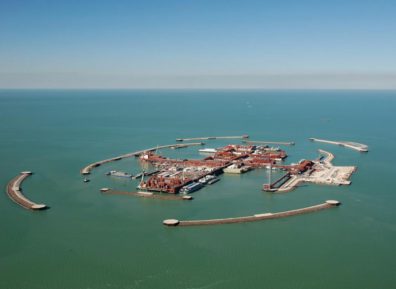 ASTANA, October 15, 2014 – Replacing corroded pipelines which shutdown the offshore Kashagan field in the Caspian Sea will cost $1.6-billion-3.6 billion according to documents seen by Reuters on Monday.

Eni’s subsidiary Saipem is responsible for producing an anti-corrosive pipeline that will be resistant to the metal-eating hydrogen sulphide present in Kashagan crude. Reuters reported that the government document said that 200 kilometres of pipeline would have to be replaced with higher strength pipes coated with an anti-corrosion layer.

The quality of a basic and an alternative pipeline, coated with stainless steel alloys, will be tested prior to choosing which material would be most suitable to transport oil and gas onshore.

Delays in testing and welding may push the restart of the project beyond 2016 according to unnamed Kazakh officials, the consortium refused to comment.