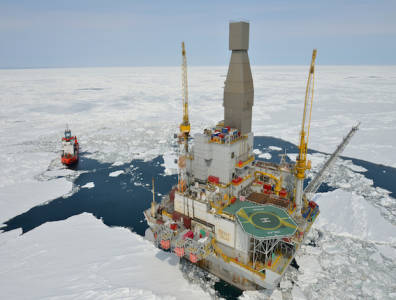 MOSCOW, April 15, 2015 – The Sakhalin-1 consortium has announced that it had set a new extended reach drilling record with the completion of its 0-14 well at the Chayvo offshore field. The well, which was drilled from the Orlan platform, was drilled to a depth of 13,500 metres and a horizontal reach of 12,033 metres, according to Russia’s Rosneft. ExxonMobil’s Fast Drill technology was used to complete the well.

The consortium began its drilling programme for the Sakhalin-1 project in 2003 and has since set drilling records for nine of the 10 longest wells in the world. The last record to be set by the consortium was in June 2013, when the Z-42 well was measured at a depth of 12,700 metres with a horizontal reach of 11,739 metres.

In addition to the Chayvo field, the project includes the Odopto and Arkutun-Dagi fields in the Okhotsk Sea.

Other members of the consortium include India’s ONGC Videsh and Japan’s Sakhalin Oil & Gas Development Company, known as Sodeco.

Click here for more news and features from Russia

WorleyParsons to work on Fortuna Project
Next